A few weeks ago at our local Teaching with CI meeting, my friend and colleague Anne Marie Mitchell walked us through the game Mafia. I had seen a demo of Mafia before and read many blog posts about it such as this one, but I had never tried it in my class because:

I decided to address my own concerns by simplifying the steps, changing the premise of the game, and preparing scenarios I knew my students could understand with little supplementation. Then I took the plunge. My students and I had a great time! They were so excited once they realized we were playing Mafia.

Which class to play with and when to play

I played this game with my 7th graders, which are somewhere between Novice Mid and Novice High. The more students have been exposed to comprehensible input and stories, the easier it will be to play the game.

I played on a Friday, before a break, and/or when I only had part of the class due to a field trip. 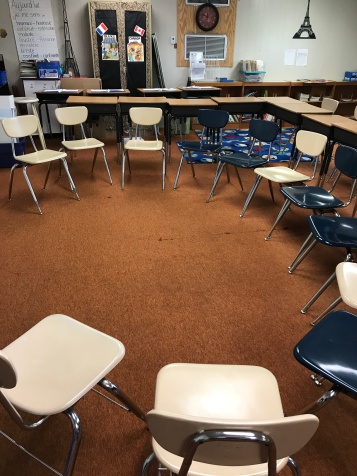 Step 2 Explain the rules to your students

I explained the rules slowly, using supplementation when needed. Two big changes I made to a traditional game of Mafia:

Having the steps of the game posted on the board is so helpful!

Everyone close their eyes, I walk around and touch the heads of the students who will be traitors and doctor. The very first time we played, I explained this part in English as it is SUPER important that students keep their eyes closed and don’t make any movements as I touch their heads.

We played for the second time today. Since we were only 12 due to a field trip, we only had 2 traitors. I was not at my best, neither were the students, but the engagement was high and I used as much French as I could throughout. Not bad for a Friday, 4 days away from the end of the school year! So, here are the first 15 minutes of our second game, which will give you a good idea on how to play the simplified version: 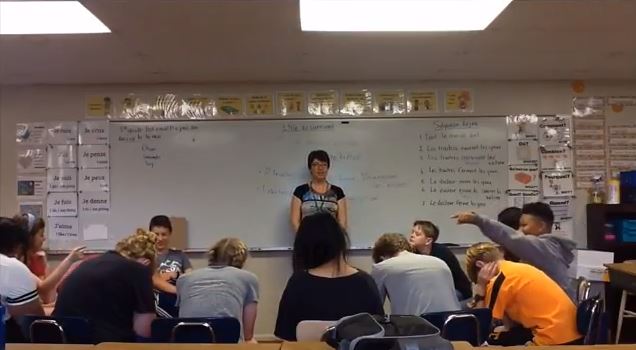 If you are interested in trying “L’ile du survivant” with your students, here are scripts for you to use ! Have fun 🙂

This site uses Akismet to reduce spam. Learn how your comment data is processed.

German in the Afternoon Activities

Activities to help your little ones learn German one afternoon at a time * Tales from my German classroom * Plus a sprinkle of travel adventures thrown in!

Building Perspective as I Put It All Together!

A blog about teaching and acquiring language

teaching languages from the heart

English as a Second Language and Comprehension Based Teaching

My generation of polyglots